Otto Stern – The unsung hero of The University Hamburg

It is a lovely morning with the birds chirping and flowers blooming to their fullest, signaling the arrival of spring. But instead of chilling in the park I’m off to my physics lecture. Written by Nayab Majid Chaudhry.

The physics campus is located on the Jungiusstraße. Quite a coincidence that Joachim Jungius, to whom this street owes its name, is also a renowned physicist of his time. Although built in 1878, the physics institute wasn’t a part of the University in its current form until 1925. The physics institute was founded on 1st march 1925 and the first director was Hans Georg Moeller. Since then the physics department of The University Hamburg has produced a lot of genius minds who are working efficiently in various branches of science and technology. Since its foundation the institute has seen many ups and downs. Found a lot of great professors but let go of many, especially at the time of Nazi regime. Some of them would have proved to be a great asset to The University. But it’s difficult to tell if it was the destiny or the dictatorship of Nazi time that most of the brilliant minds had to leave. After that the University never reached that level of glory that it once had. One such genius was Otto Stern.
As I enter the campus I walk past the Otto Stern Lecture hall like every day and go to the lecture hall where I’m to attend my quantum mechanics lecture. I have read his name in front of the hall tremendous times but never did I once bat my eyes. But today we learned about the Stern-Gerlach-Experiment, which was a great breakthrough in Quantum mechanics. In fact it won’t be wrong to say it opened the doors to quantum mechanics. But our professor also stated that the brilliant physicist is also known for his tragic story. Hence being curious since childhood, I decided to find out more about him.

From 1923 to 1933 Stern worked at Hamburg University and raised the physics institute to an international level. He started his professional career by working under Einstein’s guidance in Prague. After that he moved to Switzerland and worked as a lecturer. In 1921/22 he carried out the famous Stern-Gerlach-Experiment and after two years he was appointed as a professor in the Hamburg University. He worked here with the prominent physicists of his time for example Rabi or Pauli. They are often referred to as „the stars“ of that time. Stern gave the best years of his life and his career to the University. The University owes him so much that it might not be able to pay him back.
In 1933 when the Nazis came into power he was forced to go into exile because he was a Jew, and leave the University as well as the country. As a person of faith, whose fellow believers are also persecuted because of their faith, I instantly felt a connection to him and the pain he endured. In 1933 he moved to USA where he lived for the rest of his life. He was nominated 82 times for the Nobel Prize and won it ultimately in 1943 for his contribution to the development of the molecular ray method and his discovery of the magnetic moment of the proton. Had he not been disowned by Germany, this Nobel Prize could also have belonged to Germany and The Hamburg University. 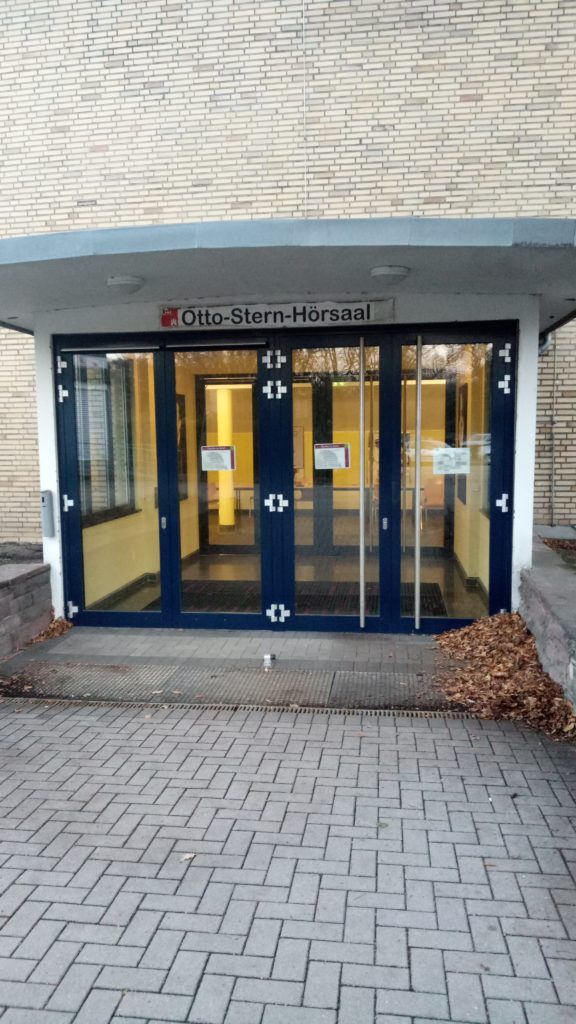 After the world war was ended and he was able to travel to Europe he visited Zurich very often and also some other German cities to relive those moments; those days of his successful life that he once lived. But he never set a foot in Hamburg again. In 1946 he was offered a membership from Akademie der Wissenschaften in Gottingen but he refused it because he had no desire to be associated to Germany in any way whatsoever. After WW2 he was entitled to pension from The University but he refused to accept it as well on the grounds that he wanted no official connection with Germany. According to his assistant Eastermann, Stern never forgot the “thrill” and joy of his Hamburg Lab but refused to go back there ever again. His niece writes in his Biography that he often visited Switzerland mainly due to the reason that he’d get a chance to speak German again.

On his 100th Birthday in 1988 a commemorative plaque was set up at the physics department in The Hamburg University. In 2004 the lecture hall at physics campus was named after him. Even an Otto-Stern-prize is awarded annually at the Hamburg University for the best bachelor thesis in physics. In 2007 as a memoir to him, a replica of his experiment was set up in Grindelalle 117. Since 1993 the Deutsche Physikalische Gesellschaft awards Stern-Gerlach medal annually to honour those who have showed remarkable excellence in experimental physics.
The Hamburg University continues maintaining its legacy of producing brilliant minds. There are many intellectual individuals out on their respective fields who are making the University proud. For instance Dr. Alexander Gerst, the third German astronaut to be admitted in ISS, is also a graduate of Hamburg University. The University also produced a lot of other Nobel laureates for example Hans D. Jensen, Hans A. Krebs, and many more but the like of Stern was never seen by the University again. While alive, disowned and forced into exile, and being remembered after death has been the fate of many brilliant minds. Let us hope that no other brilliant mind of physics or Hamburg University for that matter will be discriminated or banished due to their faith ever again. 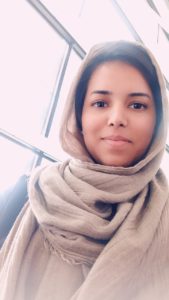 On this occasion of celebration of the centenary of the University I’d like to praise the University for being so diverse and having students from all parts of the world, who all come together, without having any fear of discrimination of any kind, in order to study and make the world a better place. Nayab Majid Chaudhry