Why do you come to this cafeteria, and how often are you here?

„I always try to be here when the cafeteria is open to welcome refugees. The Refugees Welcome Café is open for refugees every second Thursday, that is, twice a month, and I try my best to be here quite often. There are many students who would like to integrate in the German society and find their right place in the wide European community. Taking part in higher education by attending the university is, of course, part and parcel and one of the best ways towards a successful integration. Many immigrants that arrived recently in Germany have already obtained different types of certificates which have been accepted according to the German standards, and they are absolutely excited about the possibility of picking up from where they left in their home country. As I said I often try to be here and bring some snacks with me, like the others do. We sit around and exchange conversations about the possibility of foreign students, who are mostly refugees nowadays, to proceed with their studies at the University of Hamburg. We also provide some information regarding employees who might be useful for certain cases and try to also help them with their paper work, which is very complicated in Germany generally.“

According to your experience, how would you estimate the number of foreign students who attended Hamburg University so far in comparison with the locals?

„When I started my bachelor at the University of Hamburg in the department of ,Lehramt für Sonderpädagogik‘ in 2012, we were about seventy students altogether, of which only four were labelled as students with a history of migration. As far as I remember, there were no refugee students at all. I also had friends in other faculties and none of them reported of any kind of refugee students. There are, of course, always universal students distributed all over the university.“

Do you think this number grew now in comparison with the past?

„Absolutely! I have already heard of so many refugees who have actually made it into a seat at the university, and some of them have even finished many semesters and are about to complete their education. Others also face some difficulties, but this is normal at the beginning. As far as I have heard, there are many refugee students in almost every faculty of the university of Hamburg, some of which also attended this cafeteria quite often earlier. All in all, the number of students is growing steadily every year, since many people are becoming more aware that they get better jobs through higher education. With the addition of refugee students now, I believe that there are more students nowadays at Hamburg University than there has ever been!“

What do you think about the future? Do you have any estimations whether the number of students will grow or sink?

„There are many programs nowadays at Hamburg University that have been organized to help and support refugee students to attain a student’s seat. The most well- known program today is the “UHH-hilft”. These programs and organizations did not exist earlier. Therefore, I believe that the number of students in general, and that of foreign students in particular, will constantly increase due to the help and encouragement provided for those groups of students to continue their journey of education on their way to a better integration.“ 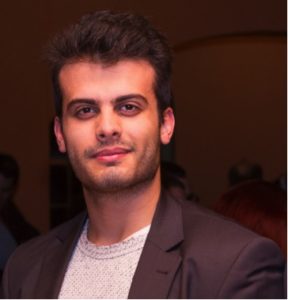 As a fresh graduate student of the University of Hamburg, I would like to conclude my blog with a word of congratulation for this great institution, celebrating its 100th birthday. The University of Hamburg witnessed a remarkable series of top graduates and glorious achievements throughout the century. I take pride in having occupied a seat and graduated from one of the top higher educational monuments both on the national and the global levels. Mohammad Idriss