Hamburg is a gorgeous city famous of its fresh colorful nature. Every part has its own characteristic, starting from the blue Elbe which spreads its veins through the city making it full of life, ending with the green spots exploited overall in the city. The University takes a responsible part. Written by Nour Altaie.

Some facts of history

One of the city fabulous attractions is the botanic garden of the Hamburg University – or more formally Bio-Zentrum Klein Flottbek und Botanischer Garten which is located on the left north side of the river with a size of 25 hectares. This fantastic green garden history goes back to it’s first establishment in 1821 and then was transferred to the University of Hamburg in 1919 since nature and biological field is essential for the University prospective. The old Botanische Garten is located in Planten un Blomen, a park at Dammtor where the tropical greenhouses can be found, but due to the space lack the garden were then relocated. Today’s Botanische Garten was then opened in 1979 in „Osdorf“ and the University took care of founding research facilities on this site which is today represented in biocentre Klein Flottbek.
The environmentalist Loki Schmidt, the wife of the Senator Helmut Schmidt, had dedicated herself for preserving and expanding the garden and the educational facility for decades, therefore; the garden was renamed after her name in 2012.

The garden is organized into three sections according to several plant criteria like the evolutionary relationship (systematic garden), the geographic origin arrangement with plants from Europa, North, and south America or Asia (geographic garden), and one section is specialized in man and plant relationship like the Farmer’s Garden, Biblical Garden, crops, pharmacy garden and poisonous and medicinal plants.

The Bio-Zentrum in Hamburg-Klein Flottbek is devoted for botany and microbiology. The scientific focus in the Bio-Zentrum has the aim of developing the ability of the students of analytical and experimental thinking and encourage them to proceed with different biological research topics. Main research areas in the institute are plant use, environment and health and more research focus on the basic themes such as biodiversity.

Despite the institute strategy of further development, many challenges are facing it in the next years including the increasing student’s capacity and the deficiency of the teaching staff, and other more which they try to overcome them to rise with the biological research field. 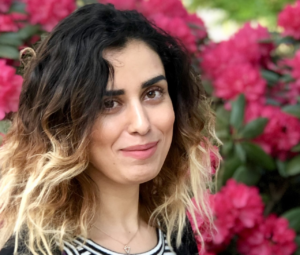 All love and appreciation to the lighthouse symbol, guidance road University of Hamburg with more successful in the next 100 years. Nour Altaie